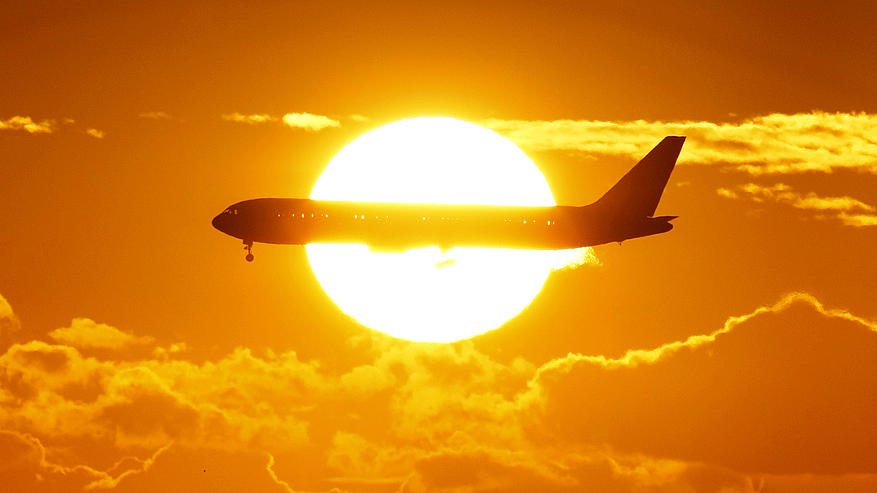 2. GENERAL. Ionizing radiation has always been part of the human environment. Sources of such radiation are the radionuclides (radioactive atoms) in our bodies and in the earth, and the cosmic radiation in the atmosphere. We are also exposed to ionizing radiation during some medical and dental procedures. Table 2 shows average dose equivalent2 rates from various sources of ionizing radiation encountered in the United States.

Air travelers are exposed to cosmic radiation levels that are higher than the cosmic plus terrestrial radiation levels normally encountered on the ground. In the contiguous United States at ground level the average dose equivalent rate from cosmic plus terrestrial radiation is 0.06 microsievert (0.006 millirem) per hour (NCRP 1987b). At an altitude of 35,000 feet, for example, the dose equivalent rate from cosmic rays is about 6 microsieverts (0.6 millirem) per hour (O’Brien 1978, as revised).

Another source of radiation exposure during air travel is air shipments of radioactive material – mostly radiopharmaceuticals used in medical diagnosis and treatment.

1 Ionizing radiation is so named because each of its units has sufficient energy to eject an orbital electron from an atom and thus produce an ion (electrically charged atom or group of atoms). Examples of ionizing radiation are cosmic ray particles and xray or gammaray photons.

2 Dose equivalent is a measure of the biological harmfulness of ionizing radiation and takes into account the fact that equal amounts of absorbed energy from different types of ionizing radiation are not necessarily equally harmful. The present international unit of dose equivalent is the sievert. The sievert replaces the rem; 1 sievert = 100 rem.

1 The block hours of a flight begin when the aircraft leaves the blocks before takeoff and end when it reaches the blocks after landing. We consider 950 block hours accumulated in 11 consecutive months as a representative work year

2 For each flight we estimated the dose equivalent for air time using one flight plan, taking into account changes in altitude and geomagnetic latitude from takeoff to touchdown.

per person in one year

Naturally occurring radionuclides in the body