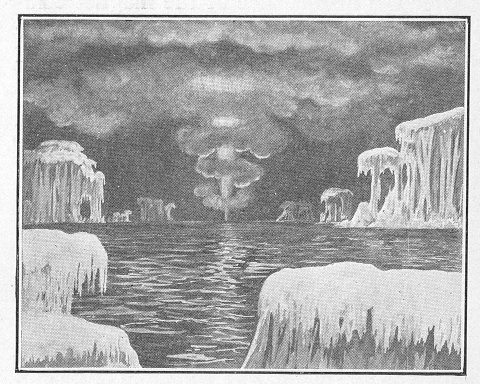 All telegraphic transactions east of the Mississippi River and north of Washington D.C came to a halt. The Chicago stock market was severely affected all day. November 17, a superb aurora was witnessed, the culminating feature of which was the appearance, at about six o’clock in the evening, of a beam of greenish light, in shape something like a cigar, and many degrees in length, which rose in the east and crossed the sky at a pace much quicker than but nearly as even as that of sun, moon, or stars, till it set in the west two minutes after its rising.

“A storm of the century” – Telegraph operation east of the Mississippi River, and north of Washington DC was severely affected. Wires with earth circuits were unusable though systems using the newer ‘metallic’ circuits were un affected. Buried cables and above ground cables were equally affected. People who attempted to use teephones heard buzzing or ringing noises. [New York Times, November 18, 1882, p. 1]

“An electric storm: Widespread distrbances” The impact of the storm was reported to be felt throughout the country. It is the worst storm of its kind in years, and extends throughout the US and Canada. A report from New York says that Europe was also affected. The switchoad at the Chicago Western Union ofice was set on fire several times, and much damage to equipment was done. From Milwaukee, the ‘volunteer electric current’ was at one time strong enough to light up an electric lamp. [Savanah Morning News, November 18, 1882, p. 1]

“Enraged Electricity: A wonderful storm that demoralized telegraph operators” The Chicago switchboard was on fire. Half a dozen keys on the instruments were melted. The storm covered the region north of Kansas, beyond Omaha, and to New York. There was enough current in the Milwaukee lines to light a lamp. By 5:00 PM, fewer than 500 words had been transmitted by the Associated Press. [Kansas City Evening Star, Noveber 18, 1882]

“Intense magnetic storm” Skies were overcast so no aurora could be seen. Because only earth circuits were affected, not ones that used a complete ‘metallic’ circuit, it was claimed that themagnetic disturbances come from the earth and not the atmosphere. [The Philadelphia Enquirer, November 18, 1882, p. 1]

“The Magnetic Storm”, Storm extended from Boston and as far west as Ogden. Auora very brilliant in Omaha. At St. Paul, the sky was blood red. Cheyenne reported a brilliace as bright as daylight. In Denver, the northern heavens were filled. It was also seen as far south as San Diego, California. [The Philadelphia Enquirer, November 20, 1882, p. 1]

“The electric storm”, At Olympia Washington Territory the aurora was spectacular. San Francisco reported that the aurora could be seen from San Diego. The ldest residents of the state do not recall a previous display as brilliant. [Omaha Herald, November 19, 1882]

“The magnetic storm and aurora”, A collection of 23 accounts. The storm began on November 16th from England, and reached its climax on the morning of the 17th. between 10 and 11:00 AM GMT. A ‘remarkable’ sunspot was observed; the largest ever photographed from Greenwich. An observer in Edinburgh said that surely this event would convince even Simon Newcomb that strong aurora go along with the sunspot cycle. The most remarkable phenomenon was a rapidly moving shaft or cigar-shaped cloud was observed strealing throgh the southern sky from England, and thye following acounts in Natue describe this event and speculations by many observers about its cause.[Nature, November 23, 1882, p. 82-87]