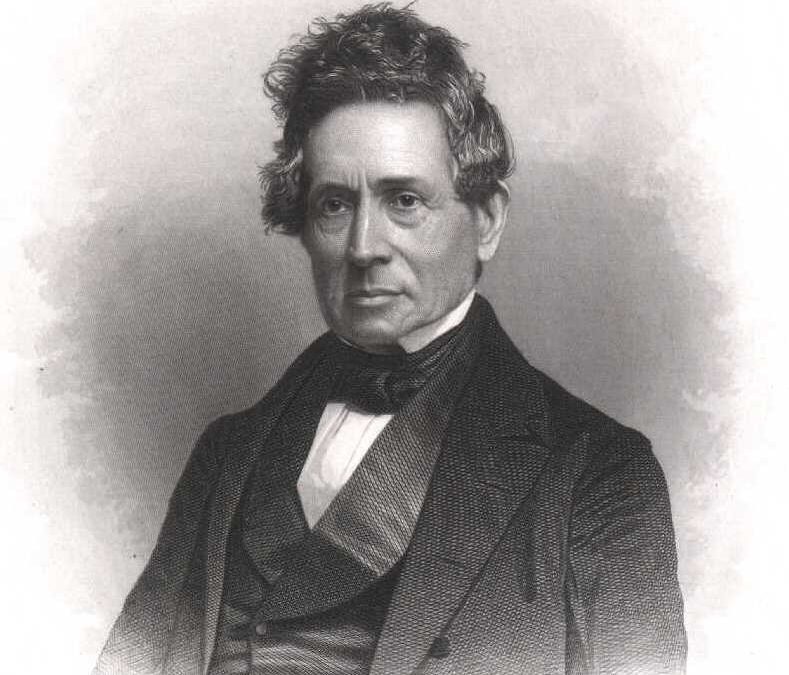 Aurora arent just observed in one location on earth they are global in extent. It was also known to be true by 1859 that the forms of an aurora during a single exhibition go through a specific sequence of changes, and that these phases occur at the same local times around the world. From these clues alone, Prof. Denison Olmstead (17911859) at Yale University came to a simple conclusion about aurora: their causes had to be extraterrestrial.

Olmstead was a contemporary of Elias Loomis who meticulously assembled the records from the 1859 aurora. Olmstead is credited with giving birth to meteor science after the magnificent, and terrifying, 1833 Leonid Meteor Storm over North America spurred him to study this phenomenon. He subsequently demonstrated through parallax measurements that meteors are not an atmospheric phenomenon at all, but cosmic in origin. He died on May 13, 1859 only a few months before the August 28 aurora blazed forth around the world.

What Olmstead had proposed in 1856 shortly before his death was that the causes for aurora, though not the aurora phenomenon itself, must be foreign to Earth like Mairan had proposed, but more importantly, they had to have something to do with the position of the sun the great clock that regulated local time. The great mathematician Leonhard Euler (1707 1783) had suggested a similar idea over 100 years earlier in which both the zodiacal light AND aurora are caused by exhalations from the sun [verify this]. Like Mairans idea, this explanation seemed to run counter to the more common idea that aurora were generated by earth or its atmosphere alone, but it helped explain the sunspot-aurora 11-year cycle discovered years earlier by Sabine. The synchrony between aurora and magnetic storms on the one hand, and the sunspot cycle on the other, was the clear evidence later used to support Olmstead and Mairans idea that the cause of aurora had something to do, not with the exhalation of vapors from purely terrestrial sources, but with the sun, and the rise and fall of sunspots across its surface.